While it’s eclipsed in terms of power by recent rounds, .44 Magnum remains capable of taking on a wide range of shooting tasks without difficulty. At close ranges, the Remington cartridge could take down everything from big games to aggressive house invaders without much difficulty. Still, the considerable recoil of .44 Magnum makes certain shooters go for a similar round that also packs a punch, .44 Special. So which round is going to come out on top in .44 Special vs. .44 Magnum then?

You like the rounds but want to gather more information to make a wise choice? In that case, you have come to the right place. Down below, you would be introduced to the characteristics of .44 Special and .44 Magnum including, specifications, performance, availability and so on.

Specifications Of The Rounds: Breakdowns 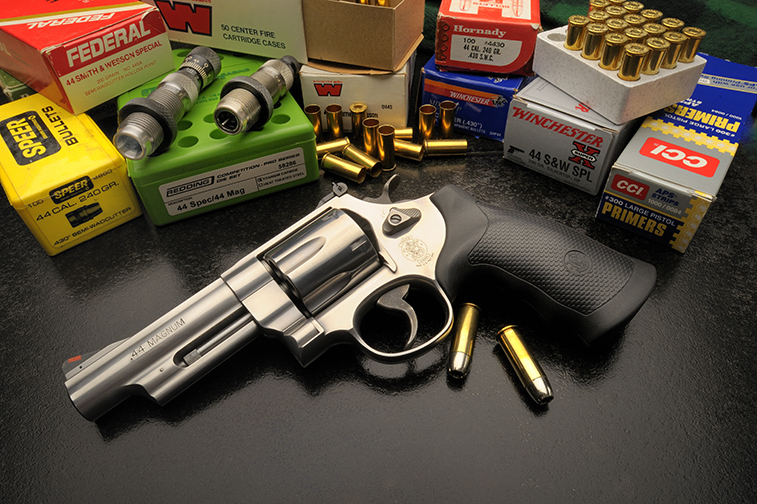 As .44 Magnum is based on .44 Special loaded to high pressures, the rounds have similar dimensions. Actually, you should be able to fire .44 Special using guns chambered in .44 Magnum which speaks volume about the similarities in the profile of the rounds. That being said, you must keep in mind that autos chambered for .44 Magnum would be unable to feed .44 Special reliably. As a result, stick to revolvers if you want to shoot both .44 Special and .44 Magnum.

Detailed Comparisons Of The Rounds

Overall, .44 Magnum hits hard but it also kicks hard which means you must have a strong grip to put the Remington cartridge to good use. On the other, the recoil of .44 Special is comparable to .45 ACP so everyone could shoot it comfortably in most cases. Obviously, the felt recoil tends to be influenced by several factors like the weight of the shooting platform, the load of the rounds, grip ergonomics,… But by all accounts, if you want something that possesses manageable recoil then the Smith & Wesson round is for you.

These kinds of days, ammunition manufacturers offer shooters lots of options regarding .44 Special and they all come at reasonable prices. To save money on the range, many owners of .44 Mag revolvers often practice using .44 Special and only load Magnum rounds if stopping power is required. In conclusion, if you happen to be a budget-minded shooter then .44 Special would fit your wallet nicely without fail.

Since the introduction of .44 Magnum, few gun makers on the market have been willing to produce firearms chambered in .44 Special. Fortunately, Ruger, Colt, … recently decided to release a couple of guns for fans of the Smith & Wesson cartridge due to the growing popularity of Cowboy Action Shooting and similar events. You would be able to purchase full-sized as well as compact 44 SPL models depending on your needs and requirements. Prominent choices for shooters nowadays include Charter Arms Bulldog, Ruger GP100 and Colt New Frontier.

While people indeed have many choices if it comes to .44 Special, certain shooters might find it tough to stock up on the Smith & Wesson round. Hence, it’s strongly recommended that you check if you could secure a steady supply of ammunition before choosing .44 SPL.

Firearm enthusiasts that often shoot .44 Special in revolvers chambered in .44 Magnum notice increases in fouling.  That is understandable: .44 SPL is shorter than .44 Mag so fouling build up faster than usual. That is why it’s essential that you clean the chambers of your gun after every visit to the range. Regardless of what targets you shoot at, .44 Magnum would get the job done without trouble. Sure, the Remington round may fall behind .454 Casull, .500 S&W Magnum and so on regarding stopping power but it could still tackle virtually every imaginable target these kinds of days. A combination of high velocity and flat trajectory allow .44 Magnum to reach out to 100 yards which is impressive for a round initially designed for revolvers. Of course, shooting skills, weather conditions and so on would affect the shooting range somewhat.

Thanks to movies like “Dirty Harry”, The Remington cartridge is always in high demand so many ammunition manufacturers crank out a lot of .44 Mag annually. Despite the fact boxes of .44 Magnum come at fairly high prices, shooters should be able to get them at most gun stores across the country.

As standard factory-loaded round tends to kick rather hard, multiple shooters resort to handloading to create something more manageable. As .44 Mag uses a straight-wall, non-bottleneck case, making handloaded ammunition is a walk in the park if you have suitable tools and materials.

Experienced shooters as well as firearm experts universally agree that for people that don’t handle recoil well, .44 Magnum is a poor choice of caliber. If you don’t have a steady grip, the kickback of the Remington round would cause the gun to chew the web of your hand.

.44 Mag is capable of creating considerable muzzle flash that is clearly visible even in daylight. As a result, if you shoot guns chambered in .44 Magnum in low light conditions then you might temporarily blind yourself. All in all, .44 Special is usually the winner in .44 Special vs. .44 Magnum regarding night firing.

Verdict: You Call The Shot

While talking about .44 Special vs. .44 Magnum, it’s pretty hard to say which round is superior as different shooters nowadays tend to have different tastes. Because of that, it’s widely advised that you take your own situation into account.

If you want a solid round that packs a punch and comes at affordable prices then .44 Special is what you need. On the other hand, if you have confidence in your shooting ability and want to have stopping power, .44 Magnum would never let you down.

Stop Police Terror (stoppoliceterror.com) is a participant in the amazon associates program, an affiliate advertising program designed to provide a means for sites to earn advertising fees by advertising and linking to amazon.com.