The Armenian Genocide – The Crime Of The Century

The Armenian Genocide, as an international political crime against humanity, has become, by the brutal constraint of history, an inseparable part of the national identity, the thought and the spiritual-conscious inner world of the Armenian people.

As the years go by, interest toward the Armenian Genocide grows steadily due to the fact of the recent recognition of this historical evidence by numerous countries. However, the official Turkish and the pro-Turkish historiographers try, up to the present day and in every possible way, to distort the true historical facts pertaining to the years 1915-1923, a fatal period for the Armenian nation.

Numerous studies, collections of documents, statements of politicians and public officials, artistic creations of various genres about the Armenian Genocide have been published in various languages, but all these colossal publications did not include the voice of the people: the memoirs and popular songs narrated and transmitted by eyewitness survivors who had created them under the immediate impression of the said historical events. These memoirs and songs also have an important historico-cognitive, factual-documental and primary source value. Inasmuch as the Armenian nation itself has endured all those unspeakable sufferings, consequently, the nation itself is the object of that massive political crime. And, as in the elucidation of every crime, the testimonies of the •witnesses are decisive, similarly, in this case, the testimonies of the eyewitness survivors are of prime importance; every one of them has, from the juridical point of view, its evidential significance in the equitable solution of the Armenian Case and in the recognition of the Armenian Genocide.

I started this work as early as 1955, when it was not possible to speak explicitly about the Armenian Genocide in Soviet Armenia, when the exiled repatriates, the eyewitness survivors miraculously rescued from the massacres were living in fear of being unjustly accused and deported anew. At that time, I was a student at the Yerevan Khachatour Abovian Pedagogical University. Despising the difficulties of all kinds and conscious of the histórico-scientific and the factual-documental value of the materials associated with popular oral tradition, I followed the call of my Western-Armenian blood in the beginning and acted on my own initiative. Later, starting from i960, I continued my work under the patronage of the Institute of Archaeology and Ethnography of the Academy of Sciences of Armenia (being engaged, at the same time, in other scientific research works). InArmenia, under the scorching summer sun and in the icy winter cold, I went on foot, from district to district, from village to village, searching and finding eyewitness survivors miraculously rescued from the Armenian Genocide. I approached them tactfully, without diverting their attention with irrelevant questions, and let them freely express their immediate impressions. I wrote down (and also tape-recorded) the bewildering memoirs, the impressive stories and the diverse historical songs, which they narrated and sang. [Svazlian 1984,1994,1995]

Subsequently, by making use of the possibilities provided by the directorate of the Museum-Institute of the Armenian Genocide of the National Academy of Sciences of the Republic of Armenia (NAS RA) founded at Dsidsernakaberd (Yerevan), in 1995, I have continued the work started, not only by writing down and tape-recording, but also by video-recording (operator: Galoust Haladjian) the memoir-testimonies and songs of historical character (Armenian and Turkish-language) narrated by the eyewitness survivors. [Svazlian 1997a, 1997b, 1999]

Writing down word for word, I have included also the memoirs of the eyewitness survivors kept at the Memoir, Diary, Audio and Video Funds of the Archives of the Museum-Institute of the Armenian Genocide of NAS RA, which the said survivors themselves had committed to paper with a view to bequeathing them to the coming generations.

I have not overlooked and included also the memoirs narrated by the eyewitness survivors of the Armenian Genocide, video-recorded on the territory of Armenia in 1989 by a group of scientists under the leadership of the former scientific worker of the Department of History and Culture of the Armenian Diasporan Communities of NAS RA, Doctor of History, Noubar Chalemian and the cooperation of Salbi Ghazarian (USA), Sargis Keshishian (Syria), Vahan Gyurdjian, Aram Grigorian, Ghoukas Hakobian. While performing that work, they had assumed as a basis the uestionnaire “The Programme of Oral History” compiled by the Zorian Institute (USA). However, both the above-cited video-tapes and the tape-recording of the memoir narrated by the daughter of the martyr of the Armenian Genocide, the lawyer-writer Grigor Zohrap, Dolores Zohrap-Liebmann (made by N. Chalemian in New York, in 1989) had not been deciphered and put into scientific circulation.
Meanwhile, I have had the opportunity to make recordings, besides Armenia, first, during my personal short-term trips abroad, then also while my participations in international conferences in New York, San Franeisco(1979). Athens(1984).Los Angeles(l990), Istanbul(i996, 1997). In Istanbul and at the Armenian National St. Prkich (Savior – Arm.) old-age nursing home there I had the opportunity to record more than 40 testimonies and other oral materials. [Svazlian 2000a]

In 1999, when I was invited to make a report at the International Scientific Conference of the Institute of Oriental Languages (INALCO) inParis, organized by Dr. Anahit Donabedian, I was able to acquire over 10 testimonies from the eyewitness survivors. Meeting a few days later, the American-Armenian survivor, Sargis Saryan (b. 1911, Balou) in one of the exhibition-rooms of the Louvres Museum, I wrote down on the spot his memoir-testimony and took a photograph of him just there.

All these, coupled with the other memoirs-testimonies, narratives and songs of historical nature written down, audio- and video-recorded by me in the past and ensuing years (600 units), have been patiently deciphered word for word, studied and included in the voluminous edition“Hayots Tseghcispanutiun. Alternates veraproghneri vkayutiimner ” (“The Armenian Genocide: Testimonies of the Eyewitness Survivors”)(in Armenian). [Svazlian 2000]

In the subsequent years, too, I continued the work I had started.

In 2001, following my report at the International Symposium “Armenian Constantinople” organized by Prof. Richard Hovhannissian at the University of California, Los Angeles (UCLA), I 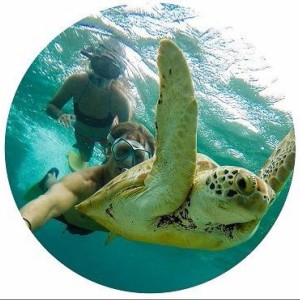